The purpose of the SFU Rugby Club is to provide our community with an accessible and affordable athletic program, ensuring the program is based upon opportunity and development. Every player will learn discipline, dedication, and the importance of teamwork. SFU Rugby places a great emphasis on respect and we take special pride in being a part of a friendly and welcoming group environment.

The SFU Rugby Club is the oldest and longest running club at SFU. The club was first established in 1965 by SFU student Maurice Rees, competing at 3rd division in the Vancouver Rugby Union (VRU). In the late 70’s, Dick Woldring and Chris Collett met on the stairs of the SFU pub and decided to reinvigorate the rugby team at SFU. They established an exhibition team in the fall of 1979 and joined the Fraser Valley Rugby Union in spring of 1980 in the 3rd division. Rapid growth of the club saw 2 teams in the 2nd year and 3 teams including a first division side in year three of operation under Woldring and Collett.

Many future coaches and key individuals joined that team over that 3-year time including Richard Ward and Simon Trevelyan, both of whom became the women’s coaches later in their careers. In 1981 a young Darryl “Lumpy” Lucas joined the club and has remained a fixture ever since, playing for over 35 years and serving in various roles including Club President for over 20.

In 1982 the SFU Women’s rugby team was established by Beth Scott with Dick Woldring. They helped form the original West Coast Women’s Rugby Union and cement the future of women’s rugby in the BCRU, winning 4 BC Championships in a row and dominating women’s rugby in BC. The women’s team have won 6 BCRU championships total to date. 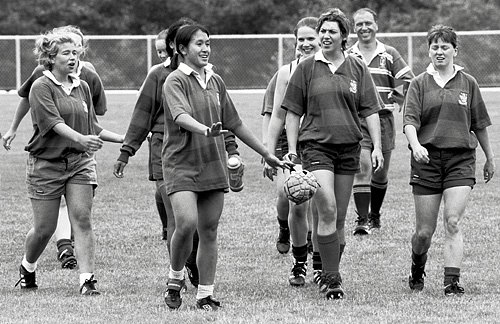 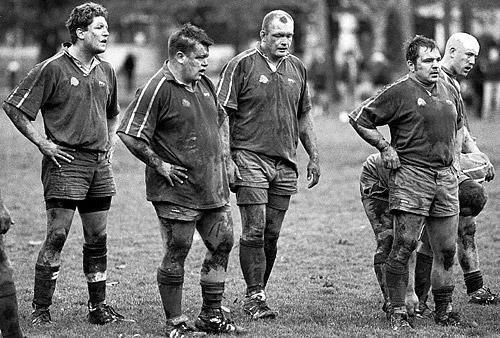 In the mid 1990’s the Mountain Old Boys side (MOB) was launched and played with the SFU club for years. The MOB plays for time to time, does occasional weekend spectator tours, and shows up at the annual alumni reunion event/family day in September each year to brag about how good they once were. Every 5 years, a big reunion bash has been held where even more stories are told.

In 2017 the SFU Rugby Operational Endowment Account was established by Darryl Lucas, Dick Woldring, Chris Collett and Steve Bennett. This endowed capital fund provides annual bursary funding to assist in paying for expenses of the club. The long range goal is to endow sufficient funding to cover all costs associated with running the club at SFU.